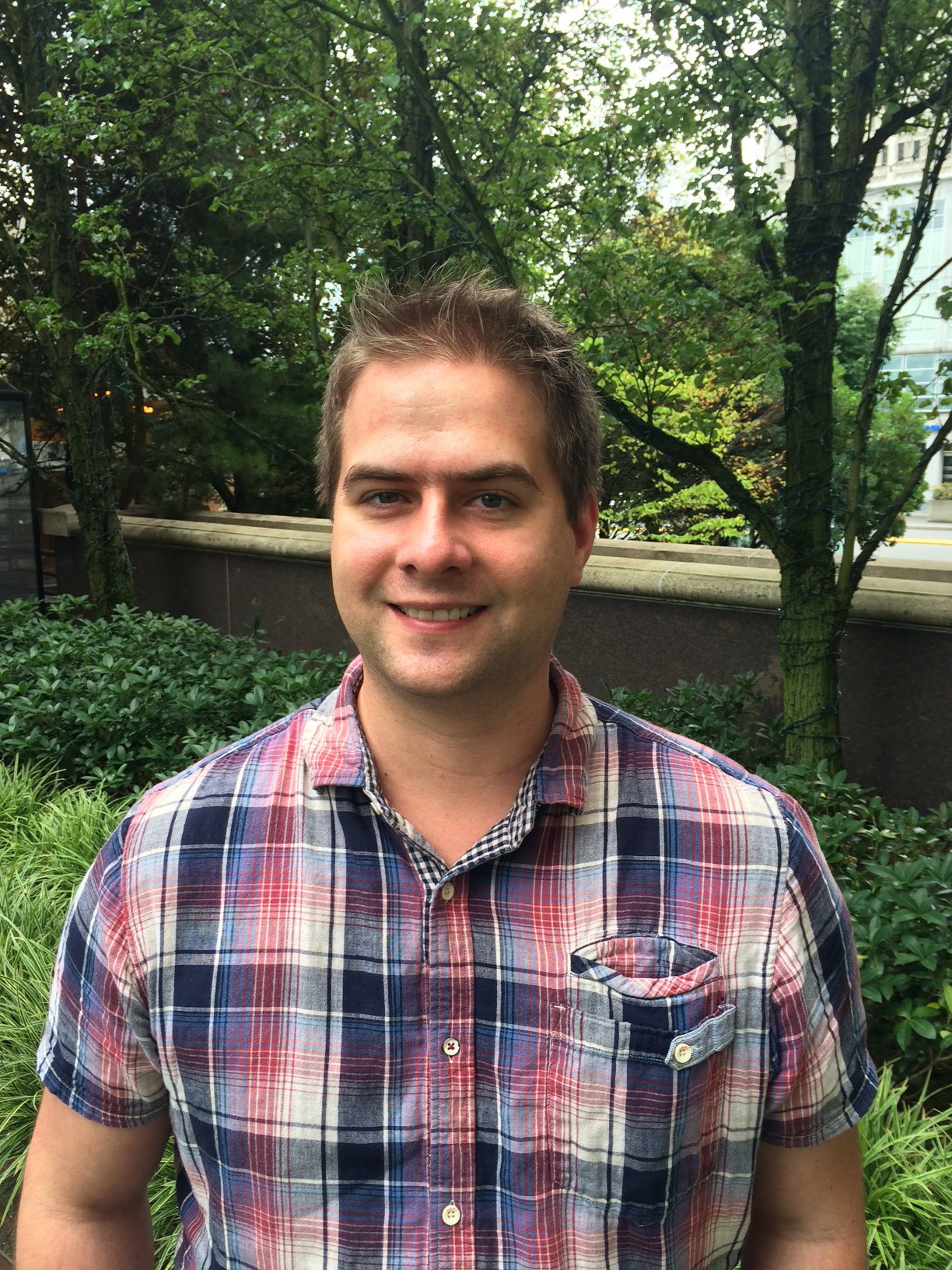 Nick Whiting is currently overseeing the development of the award-winning Unreal Engine 4's virtual reality efforts, as well as the Blueprint visual scripting system. In addition to shipping the recent "Bullet Train," "Thief in the Shadows," "Showdown," and "Couch Knights" VR demos, he has helped shipped titles in the blockbuster "Gears of War" series, including "Gears of War 3" and "Gears of War: Judgment."

The Making of Bullet Train - Watch in VR!

The session will cover the entire process, from start to finish, of creating Epic Games' "Bullet Train" VR demo. Design considerations surrounding the user experience of adding interaction to traditionally passive experiences will be highlighted, including a breakdown of alternative paths that were considered but didn't make the cut. Additionally, the speakers will discuss where they had to diverge from their original design choices in order to match the players' expectations of the world they interact with.

See how a small team created the entire "Bullet Train" VR demo from scratch in only 10 weeks, and understand the specific design considerations and tradeoffs used to match players' expectations of a highly-kinetic interactive VR experience. 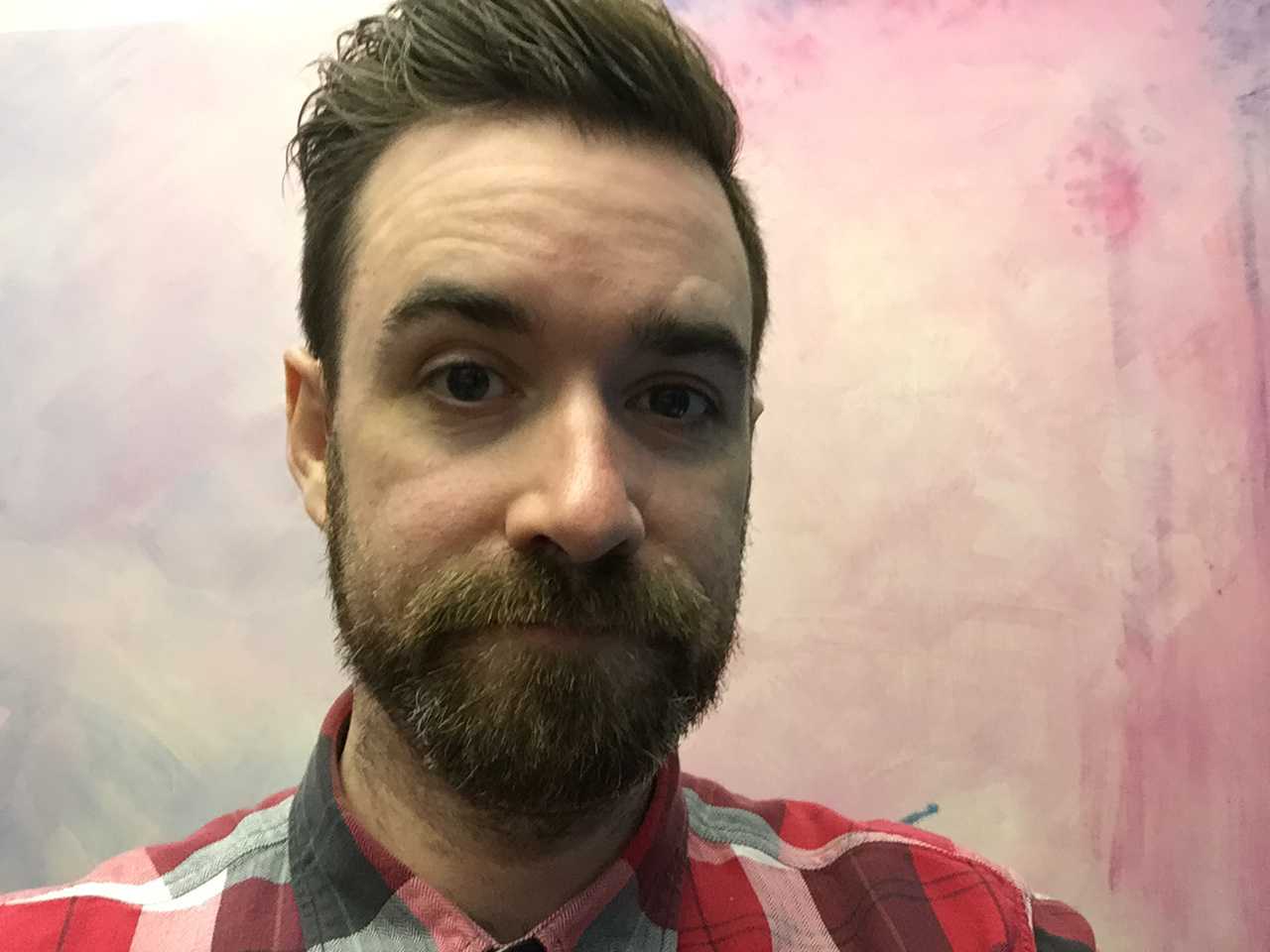 Brian Murphy is an artist and designer who has spent the last 4 years working within Microsoft Studios developing experiences for the HoloLens. Before that he was involved with many incubation projects including major contributions to Kinect during its earliest stages.

He has co-authored 12 patents related to emerging technologies and has helped ship 5 titles within Team Xbox, including "Kinect Adventures" which has sold more than 24 million units worldwide.

Prior to his 9+ years in the game industry, Brian rattled around as a film maker, musician, editorial illustrator, and construction worker… so, if you need a wall knocked out he’s still pretty handy with a sledge hammer.

Brian will talk about some of what he's learned over the last 4 years designing holographic experiences. Specifically he’ll cover lessons learned developing an immersive virtual travel experience called HoloTour, dozens of commercial partner applications, and variety of experiments, games and demos. We’ll talk about what worked, what didn’t and how designing for holograms presents unique challenges relative to conventional Virtual Reality. 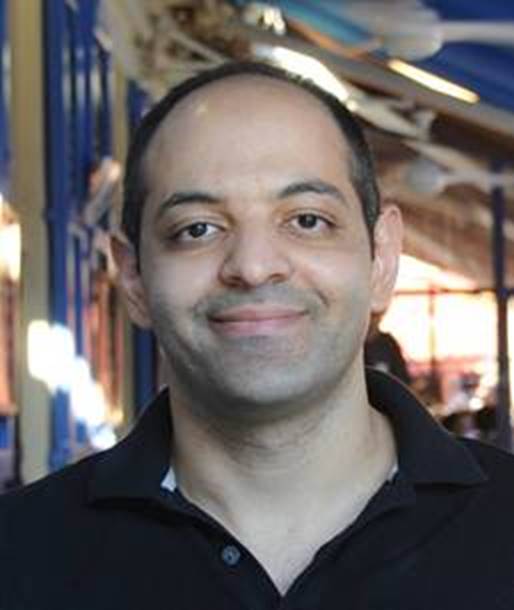 Ashraf has been the Software Architect for Microsoft HoloLens for the past several years working on both software and hardware design. He has worked on HoloLens from the early days of product inception to shipping the HoloLens Development Edition.


Ashraf has a been developing platform and graphics technologies for the Microsoft Windows operating system groups since 1998 contributing to a variety of devices including Windows Desktop, Xbox, and Windows Phone. Prior to his work on HoloLens, Ashraf is known for computer graphics innovation and operating system work throughout a variety of Microsoft products.


Ashraf received his Computer Science degree from the University of Waterloo.

HoloLens – From Product Vision to Reality

Clay joined Google in 2005 and has been involved with a number of projects across the company, including Search, AdWords, and AdMob. Since 2012, he has led product management and design for some of Google's most popular applications, such as Gmail, Google Docs, and Google Drive. Clay was one of the creators of Google Cardboard and has led the growth of Google's VR projects. Clay grew up in Los Altos, California, and created his first VR project at the age of 11, when he used HyperCard and hundreds of scanned photographs to create a virtual version of his parents' house. Clay holds a B.S.E. in Computer Science from Princeton University.

With some of Google's technical investments in VR as a background, Clay will share his thoughts how VR will change much about the way we live, including the nature of place, time, and memory.


Prior to joining Microsoft, Steve was Director of R&D at ILM and then Senior Technology Officer for Lucasfilm. He led R&D across the Lucas Divisions, advancing the state of the art in computer graphics and content creation tech for film, TV, and games. He contributed to over 70 films and received three Academy Awards for Technology for matchmoving, image-based modeling, and on-set motion capture. He is a member of the Academy of Motion Picture Arts and Sciences, and currently serves on the Academy's Science and Technology Council. He received a PhD in Electrical and Computer Engineering from the University of Illinois at Urbana-Champaign, with an emphasis on automatic object modeling, recognition, and surface representations.

Video Holograms for MR and VR

We will discuss Microsoft’s recent work on free-viewpoint video, covering the algorithms, production process, and application to video holograms on Hololens, VR and traditional 2D experiences. 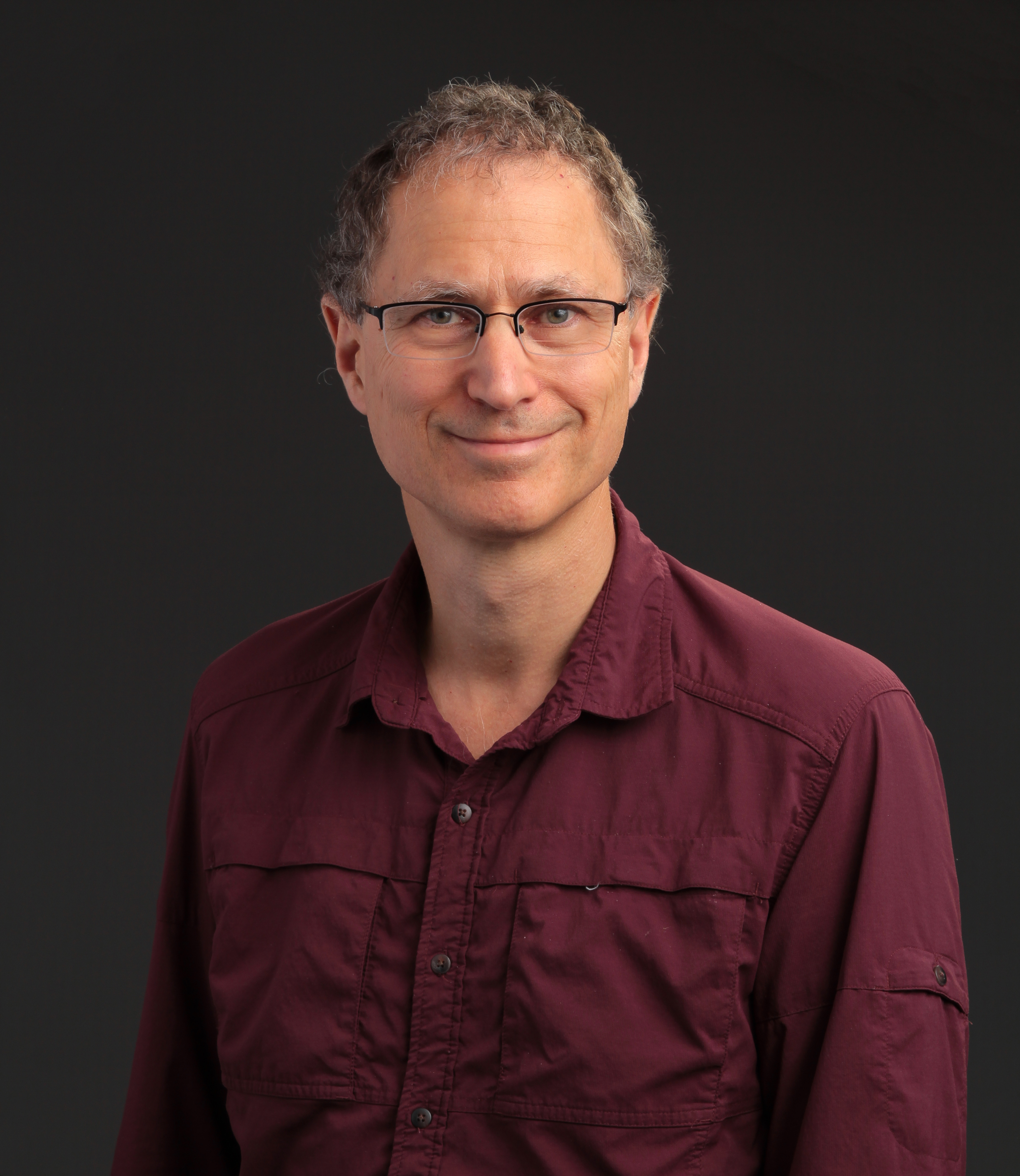 Michael Abrash is the author of several books, including Zen of Code Optimization and Michael Abrash's Graphics Programming Black Book, and has written columns on graphics and performance programming for several magazines, including Dr. Dobb's Journal and PC Techniques. He was the GDI programming lead for the original version of Windows NT, coauthored Quake at Id Software with John Carmack, worked on the first two versions of Xbox, and is currently Chief Scientist of Oculus.

Over the last 40 years the personal computing paradigm that came together at Xerox PARC has hugely changed how we work, play, and communicate, by bringing the digital world into the real world in human-oriented ways. Now we’re at the start of the next great paradigm shift, virtual reality, which puts us directly into the digital world. The long-term impact is unknowable, but potentially even greater than personal computing; taken to its logical limit, VR can create the full range of experiences of which humans are capable. The technology required to move VR forward is broad and challenging, and a lot of time and research will be required, but VR is very likely to once again change the way we work, play, and communicate. This talk will take a high-level look at what will be needed to make that happen.

Dr. Michael J. Gourlay works as a Principal Development Lead in the Environment Understanding group of Analog R&D, on augmented reality platforms such as HoloLens.


He previously worked at Electronic Arts (EA Sports) as the Software Architect for the Football Sports Business Unit, as a senior lead engineer on Madden NFL, on character physics and the procedural animation system used by EA, on Mixed Martial Arts (MMA), and as a lead programmer on NASCAR. He wrote the visual effects system used in EA games worldwide and patented algorithms for interactive, high-bandwidth online applications. He also architected FranTk, the game engine behind Connected Career and Connected Franchise.


He also developed curricula for and taught at the University of Central Florida (UCF) Florida Interactive Entertainment Academy (FIEA), an interdisciplinary graduate program that teaches programmers, producers and artists how to make video games and training simulations.


He is also a Subject Matter Expert for Studio B Productions, and writes articles for Intel on parallelized computational fluid dynamics simulations for video games.


Michael received his degrees in physics and philosophy from Georgia Tech and the University of Colorado at Boulder.

Insider Tips for Developing on Virtual and Augmented Reality Platforms - Watch in VR!

Developing games and applications for VR and AR platforms entails special constraints and abilities unique to those platforms. This talk will explain enough technology behind how they work so that developers can exploit strengths and avoid pitfalls. Also, the talk will cover how the distinction between VR and AR impacts developers. 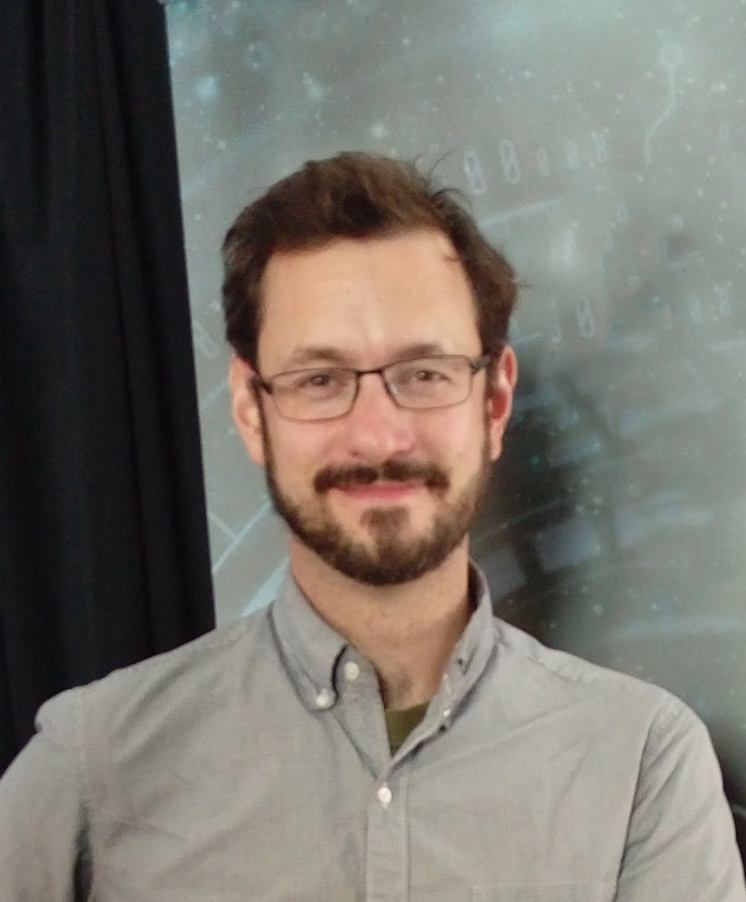 Drew Skillman works with the Google VR team developing Tilt Brush, a Virtual Reality application that allows anyone to paint in 3D space at room scale. That project developed as part of a number of different augmented reality, virtual reality, and natural motion experiences at the company he co-founded, Skillman & Hackett, before it was acquired by Google in 2015.


Drew received a B.A. in Physics from Reed College and focuses on interesting problems at the intersection of art and technology. 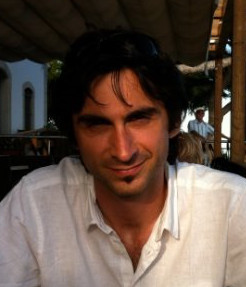 Patrick Hackett is currently on the Google VR team developing Tilt Brush, a virtual reality application that allows anyone to paint in 3D space at room scale. Tilt Brush developed as part of a number of different augmented reality, virtual reality, and natural motion experiences at the company he co-founded, Skillman & Hackett, before it was acquired by Google in 2015. Patrick is a long-time proponent of rapid prototyping, and gave a talk at GDC 2013 regarding the various ways him and his team at Double Fine contorted the Kinect to create the game Double Fine Happy Action Theater. Shipped titles include Tilt Brush, Dropchord, Kinect Party, Happy Action Theater, Iron Brigade, Brutal Legend, and MX vs. ATV: Untamed, with contributions to Massive Chalice, The Cave, and numerous other prototypes and experiments.

Drew Skillman and Patrick Hackett are veterans of the videogame industry, currently working at Google on Tilt Brush, a virtual reality painting application. They've spent the past 5 years working with emerging hardware, including the Kinect, Leap Motion Controller, PS4 Camera, Oculus Rift, Meta AR Glasses, GearVR, and the HTC Vive. They'll show off some of the things they've made, share the lessons they've learned, and talk about where they'd like to see things go. 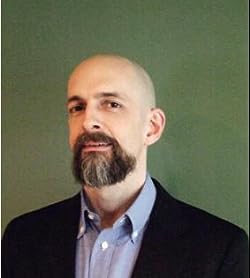 Neal Stephenson is an American writer and game designer known for his works of speculative fiction.


His novels have been variously categorized as science fiction, historical fiction, cyberpunk, and "postcyberpunk". Other labels, such as "baroque", have been used.


Stephenson's work explores subjects such as mathematics, cryptography, linguistics, philosophy, currency, and the history of science. He also writes non-fiction articles about technology in publications such as Wired.


He has worked part-time as an advisor for Blue Origin, a company (funded by Jeff Bezos) developing a manned sub-orbital launch system, and is also a cofounder of Subutai Corporation, whose first offering is the interactive fiction project The Mongoliad.