Problem decomposition refers to the problem-solving process that computer scientists apply to solve a complex problem by breaking it down into parts that can be more easily solved. Oftentimes, this involves modifying algorithm templates and combining multiple algorithm ideas them to solve the problem at hand: all of the design work in the projects have been designed with this process in mind.

Are there any duplicate keys in an array of Comparable objects? How many distinct keys are there in an array? Which value appears most frequently? With sorting, you can answer these questions in linearithmic time [with merge sort]: first sort the array, then make a pass through the sorted array, taking note of duplicate values that appear consecutively in the ordered array.1

Designing a faster sorting algorithm not only helps the problem of sorting, but also every problem that reduces to sorting!

Dijkstra’s algorithm computes a weighted shortest paths tree in a graph from a start vertex.

Suppose we wanted to speed-up Dijkstra’s algorithm for real-world routing by computing just a single-pair shortest path from a given start vertex to a given end vertex, rather than the shortest paths tree from the start to every other reachable vertex.

Consider the following implementation of this idea. The main addition is the commented if statement inside of the neighbors loop. Unfortunately, this implementation doesn’t work. Explain why the behavior isn’t correct and suggest a fix. 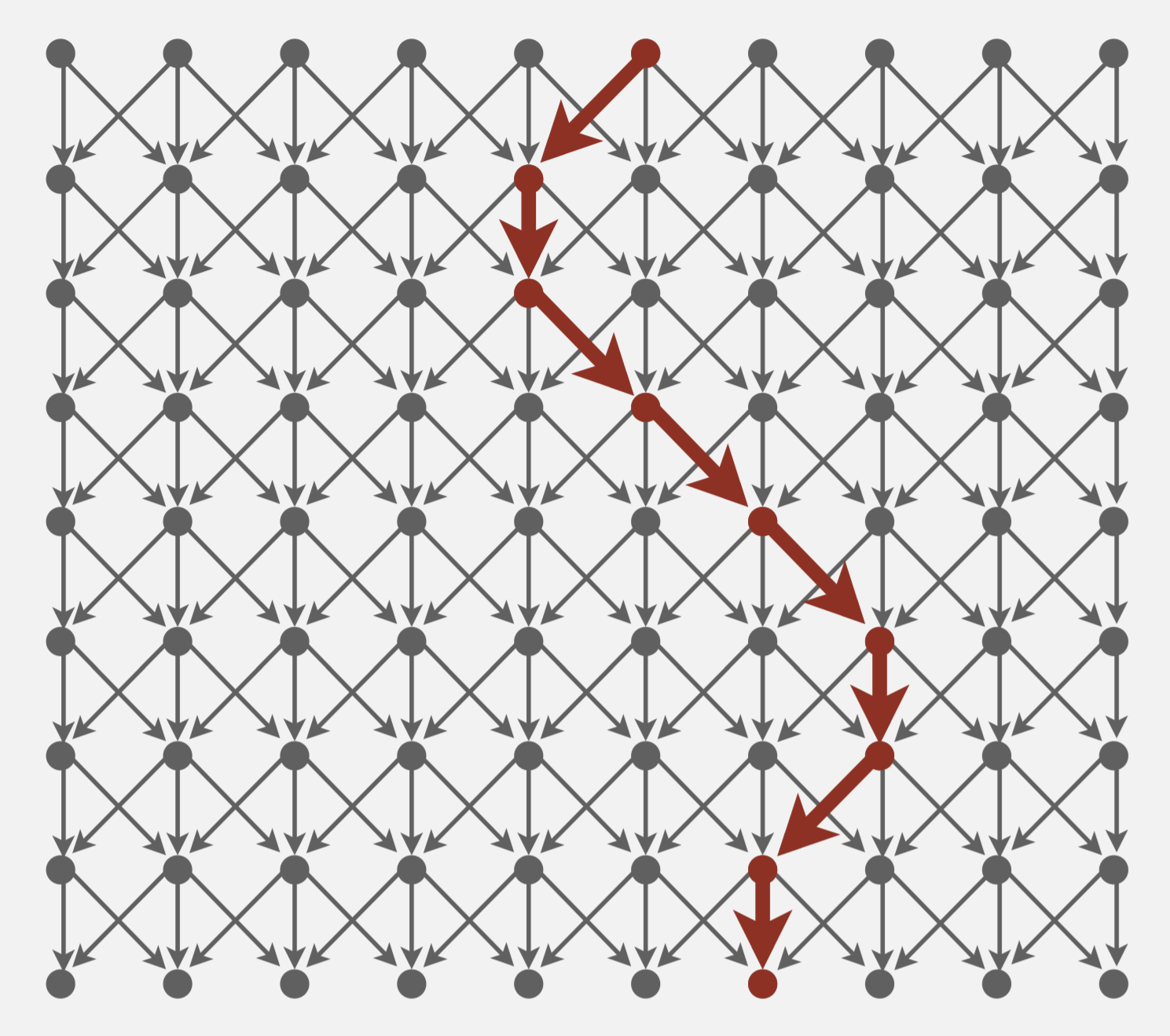 In the seam carving pre-class preparation video, it was incorrectly claimed that “Seam carving reduces to Dijkstra’s.” Which of the following options are correct?

Design a reduction algorithm for seam carving by answering the following 3 questions.

Dijkstra’s algorithm accepts a single start vertex. But seam carving can start from any pixel in the first row. How might we add a new node and edges to choose between the different starting pixels?

Consider the following directed acyclic graph (DAG) with a negative edge weight. Dijkstra’s algorithm fails to compute the correct shortest path to H because A–B–H is closer to the start than A–D–E.

Give a topological sorting for the above graph. (There are many possible answers.)