After adding the edge with weight 1 to the known set in Prim’s algorithm, which edges are on the cut between the known and unknown vertices?

Suppose we want to connect all apartments to the internet. An apartment will receive internet so long as it has either a router installed or a fiber connection. We want to minimize the cost of installation. Give a reduction algorithm to minimum spanning trees for this problem. 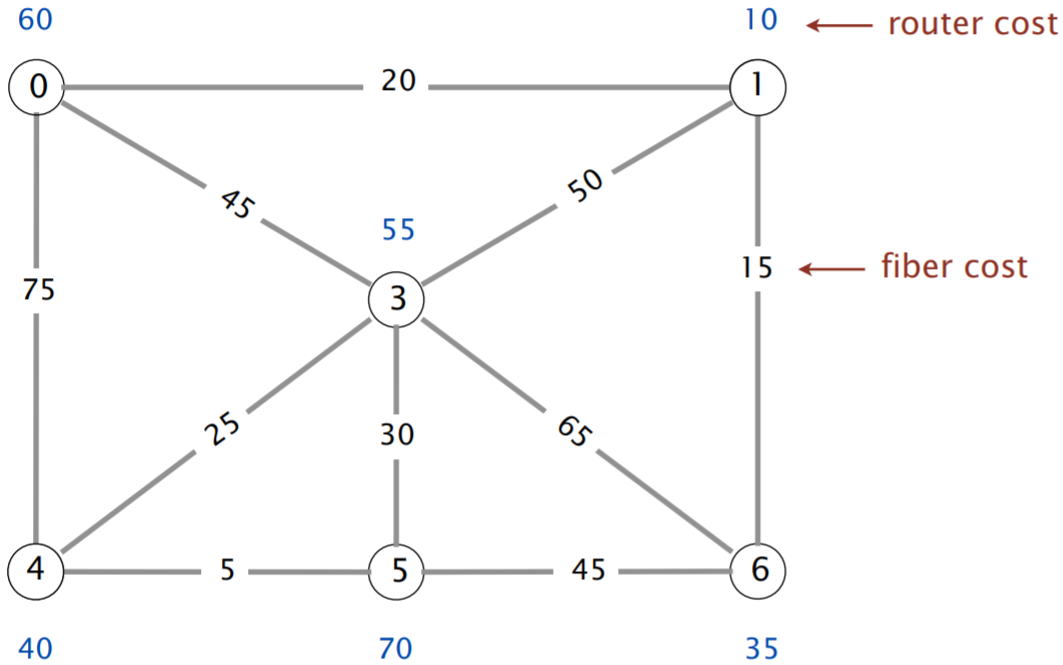 Compare and contrast the shortest paths problem and the minimum spanning tree problem.

Dijkstra’s algorithm is not guaranteed to return a valid shortest paths tree if the graph contains negative edge weights. How about Prim’s algorithm? Let’s also consider a new strategy for resolving the problem.

Consider a graph with negative edge weights. Suppose we added the same constant value to each edge weight such that all of the edges now have non-negative weights.

True/False: If we run Dijkstra’s algorithm on this modified graph, is it guaranteed to return a valid shortest paths tree for the original graph?

Consider the same setup as in the prior question.

True/False: If we run Prim’s algorithm on this modified graph, is it guaranteed to return a valid minimum spanning tree for the original graph?

True/False: Prim’s algorithm computes a valid minimum spanning tree in any undirected graph, even ones with negative edge weights.