While tools like Google Docs autosave every change, Git requires us to commit our changes manually. Whenever you want to make a commit, click the green checkmark icon in the navigation bar or through the VCS menu item. You’ll have the option of reviewing your changes to ensure that the commit you’re about to make contains exactly what you want to include. Then, write a helpful commit message to remind yourself what changes you made. 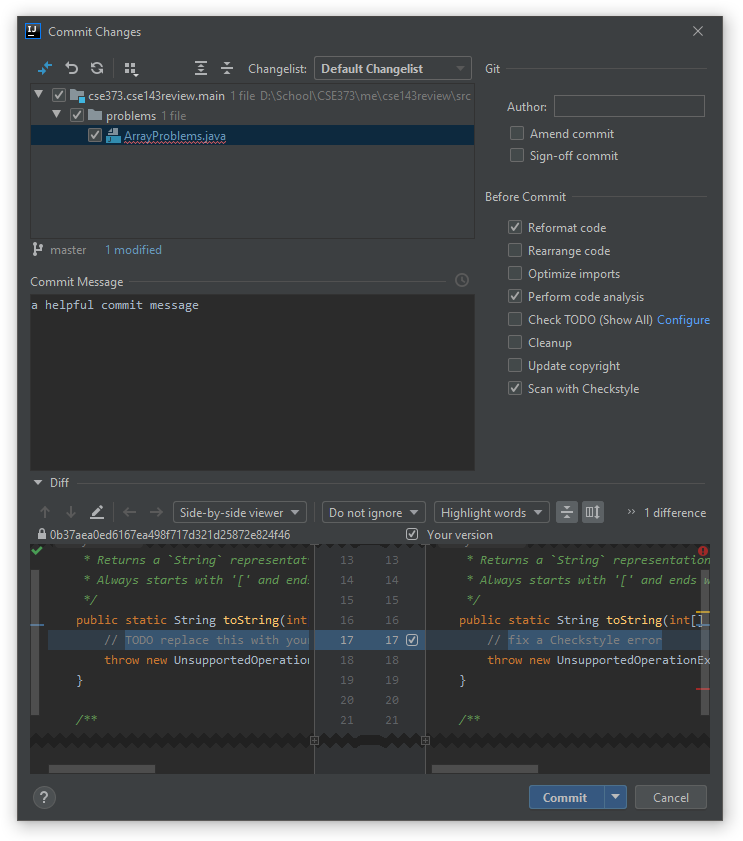 Once you’ve committed your changes, you’ll also need to push them to your personal GitLab repository. Navigate to VCS » Git » Push to do so.

Commit and push frequently! That way, if you ever suffer a sudden data loss, you can get back on track in no time. It’s also helpful for office hours and Piazza, so a TA can look at your code on GitLab from their laptop directly. 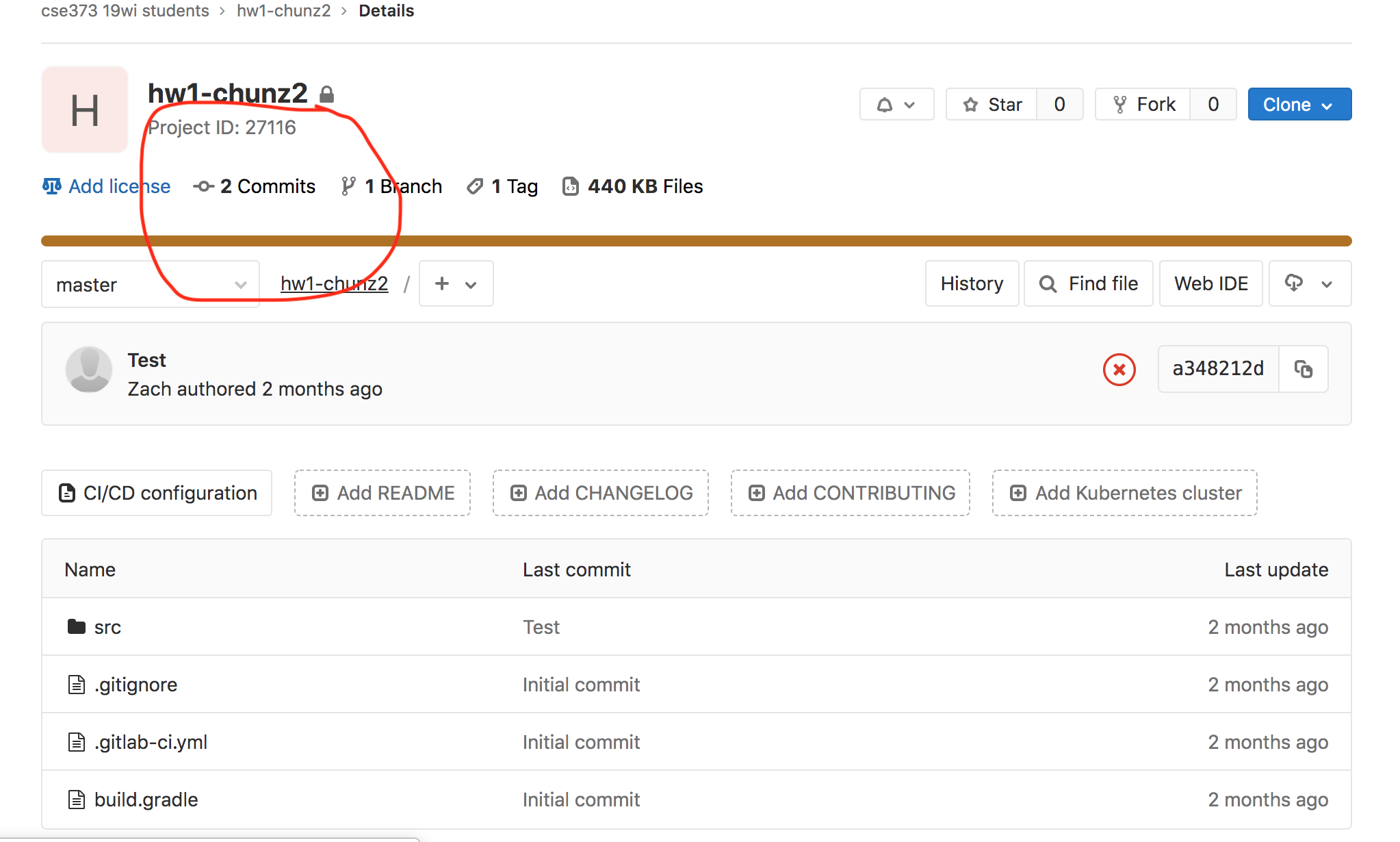 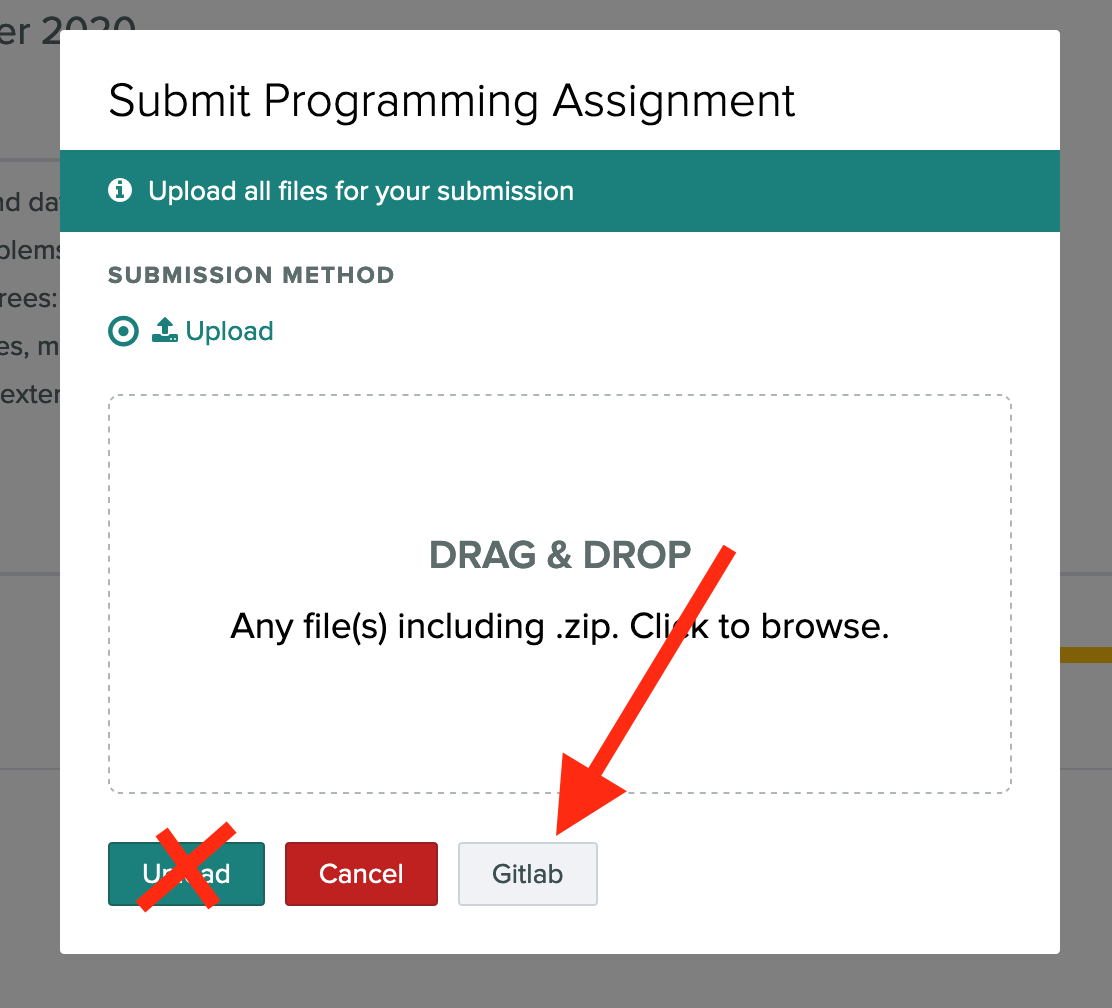